Today my big boy turns 7 years old! Oh Boy! What will he be like when he is 17? arrrggghhhh

A few friends are joining Laurenz for a birthday sleepover (keep telling him it’s not a party but it’s not sinking in!) SO yes there will be icecream cake, and yes there will be goodie trays for the kids to munch from when they are watching movies!

On Sunday Kyan, Laurenz and I settled in to stamp us some goodie trays using the Pirates Beware set: 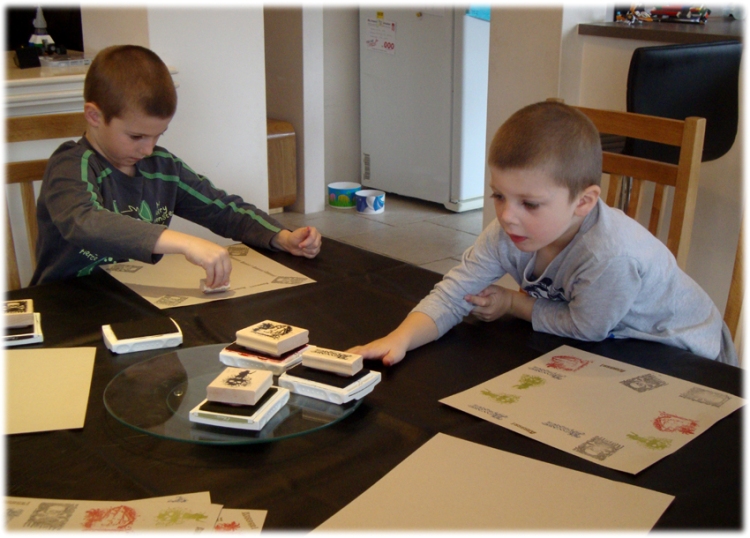 I find a turntable really helps when stamping with the boys!

Laurenz is very precise – for him it’s all about the patterns! 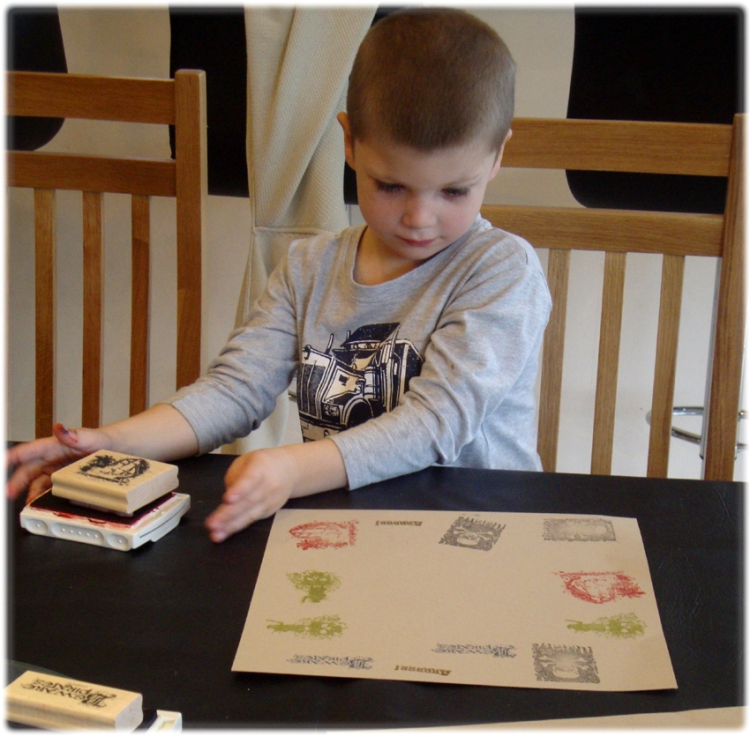 Kyan is a little more “suck it and see”,

So pleased with himself! 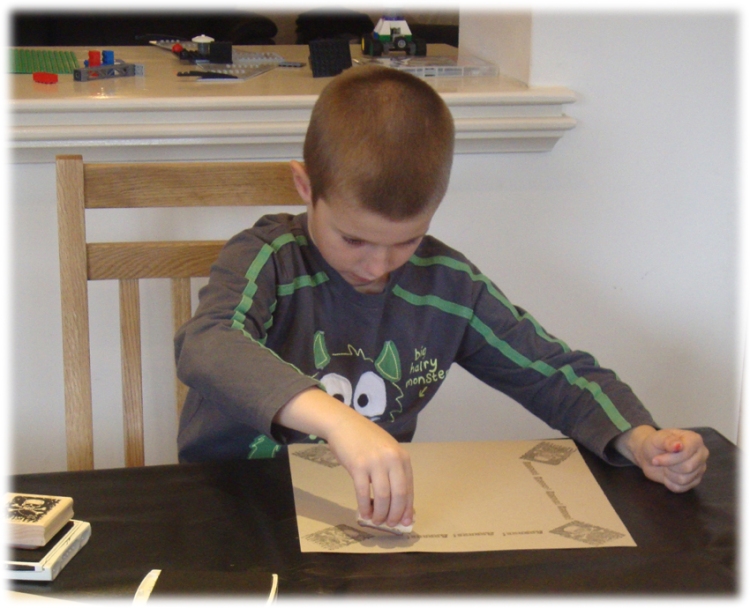 Laurenz takes so much care!

Looks like a fun afternoon doesn’t it? Laurenz went on to score and cut most of the box templates for me – he really is very good at craft!!!! Kyan attempted the sticky strip but it was a disaster!

Check back for the finished goodie trays in the next post – just need to put some finishing touches to them!